We’re over the moon with how this cauliflower crust ‘beeteroni’ pizza has turned out.

It was a tricky one to get right. There’s quite a lot going on, from the cauliflower crust to the spicy ‘beeteroni’ and the cashew cheese, but we wanted to pack in as much flavour as possible while making the steps easy follow.

The mixture of cayenne pepper, smoked paprika and soy sauce really capture that tangy and spicy pepperoni flavour, and the oregano gives the crust a lovely herby dimension.

Don’t be put off my the number of steps.

Each method is really straightforward. The pizza sauce and cashew cheese pretty much involves mixing ingredients together.

We also found that flipping the crust helps keep it firm and prevents it from tearing.

You can also experiment with additional toppings, such as mushrooms and peppers! 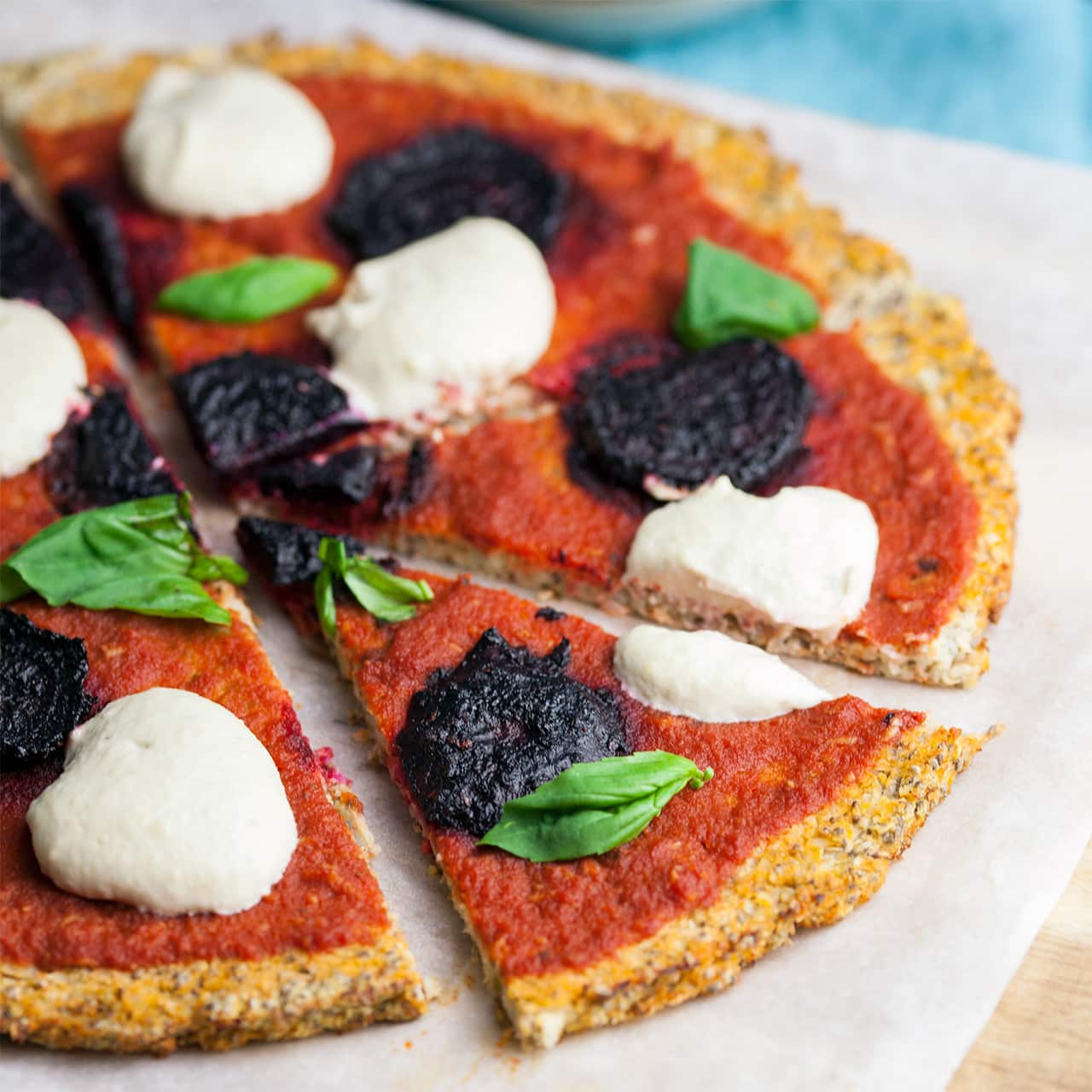 Votes: 0
Rating: 0
You:
Rate this recipe!
Ingredients
For the cauliflower crust
For the beeteroni
For the pizza sauce
For the cashew cheese
For dressing
Instructions
beeteronicashew cheesecauliflowercrustpepperonipizzarecipevegan
3 comments
1
FacebookTwitterGoogle +Pinterest
previous post