We know what you’re thinking… peanut butter cauliflower tacos? What a crazy combination! But go with it for a second.

These tacos are so easy to make and they’ve got tons of flavour, and what’s more they’re packed with loads of nutrients. 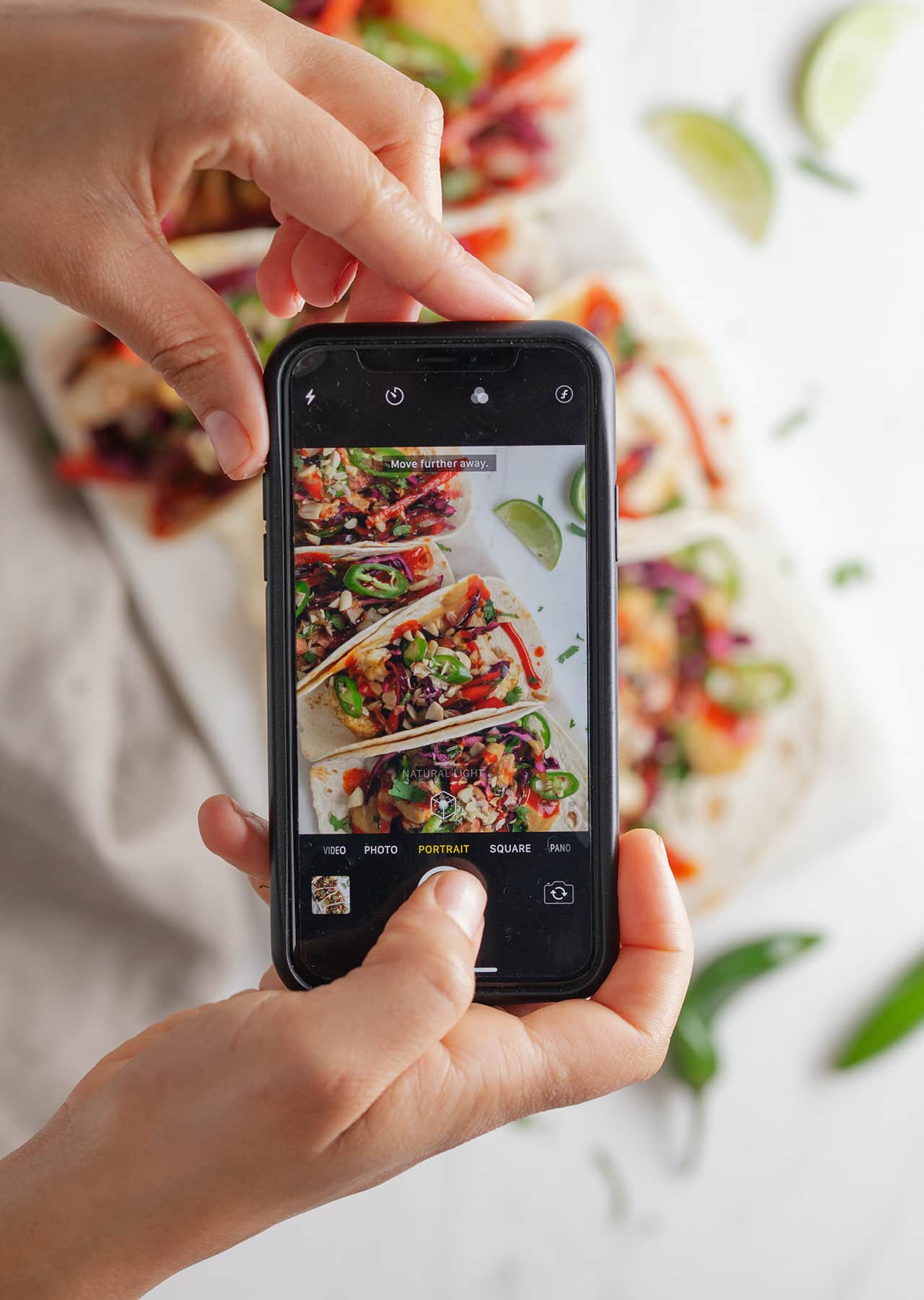 Whether you’re having a night in and tempted by a takeaway or you’ve got pals coming over for a catch-up, these tacos will not disappoint.

Don’t forget, if you love this, then you’ll totally love our debut 5-ingredient cookbook So Vegan in 5, which is available to buy right now. 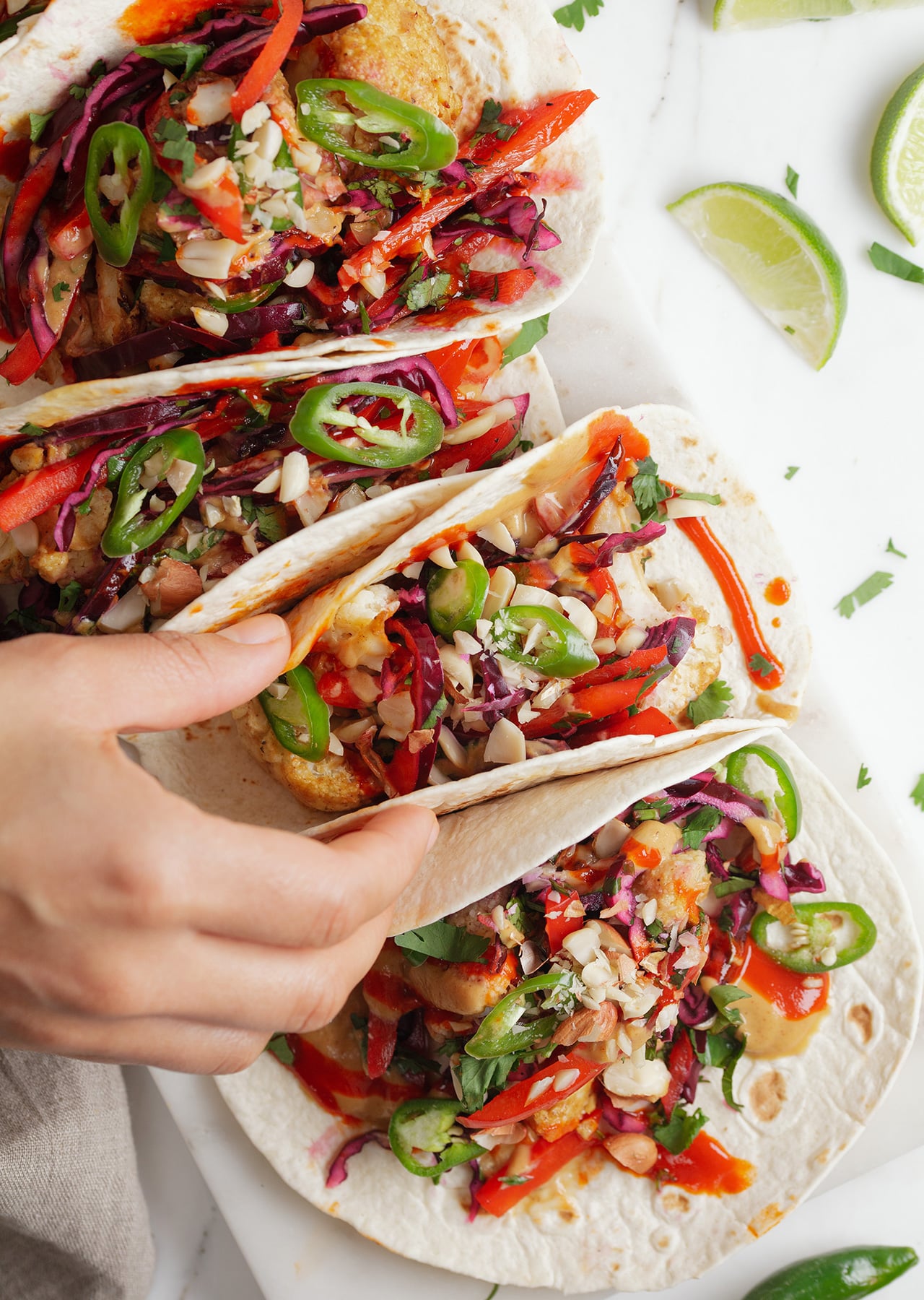 Assuming the garlic and ginger are supposed to go in the peanut butter sauce? They are listed in the ingredients but not the recipe.

They get baked with the cauliflower. It shows the process in the video.

Yes they go in with the cauliflower. Sorry! Just updated the recipe.

Love this recipe! The tacos are amazing! My family loves them. We have them at least once a week now.