Let’s all take a minute to let that sink in. Modern vegan food never ceases to amaze us.

The winning ingredient in this recipe is chickpea four.

We’ve been using it a lot recently as the perfect replacement for egg.

When combined with a liquid, it turns into a gloopy egg-like texture that’s great for binding or simply frying into an omelette like this. 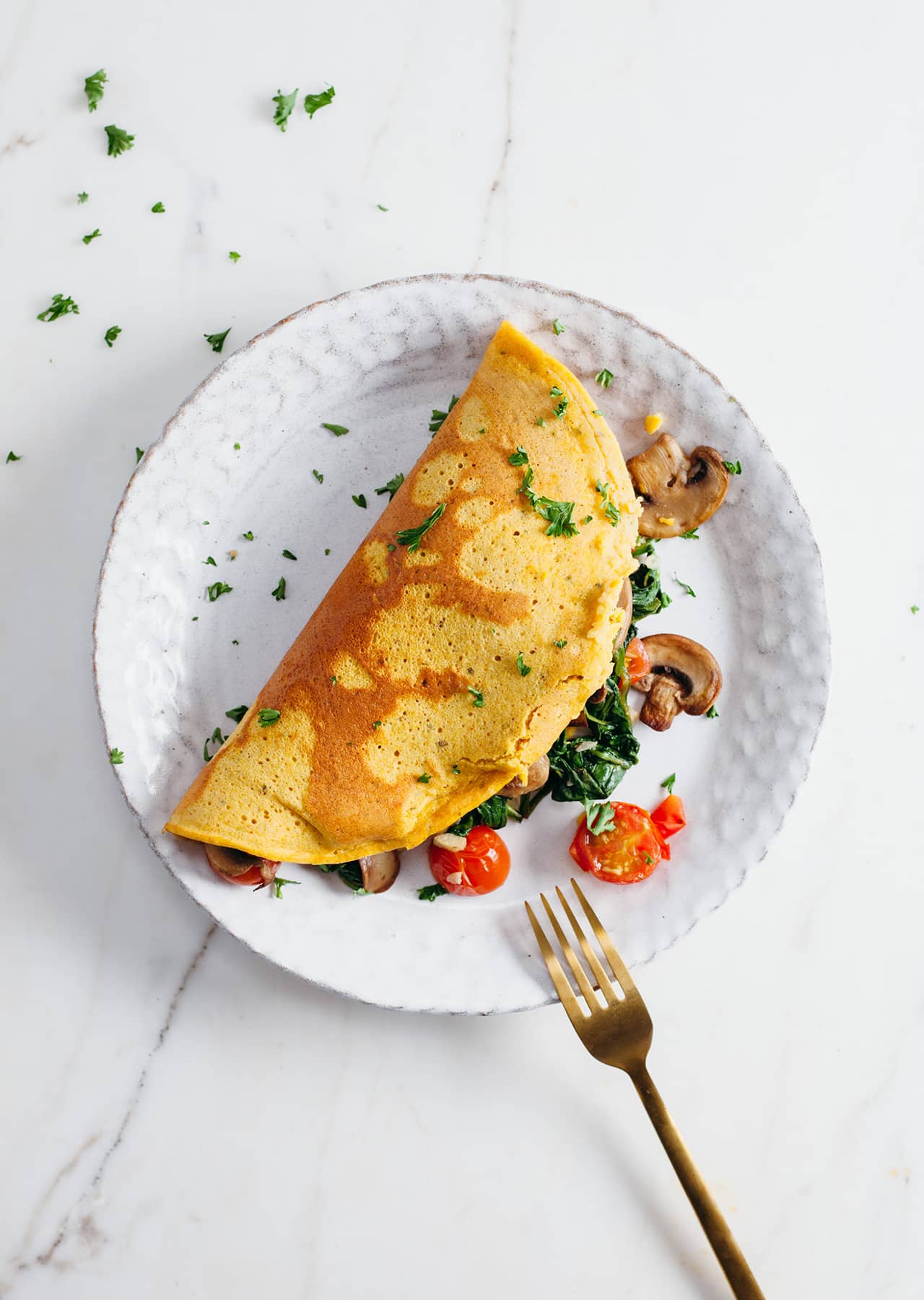 Instead of flipping the omelette, we simply put a lid on it and let the steam cook the mixture. This is an important step because if you don’t fully cook the chickpea flour, it’ll give the omelette an unwanted bitter taste.

We throw this together with some fried veggies, but you can add any twist you like.

And don’t forget, if you love this, then you’ll totally love our debut 5-ingredient cookbook So Vegan in 5, which is available to buy right now. 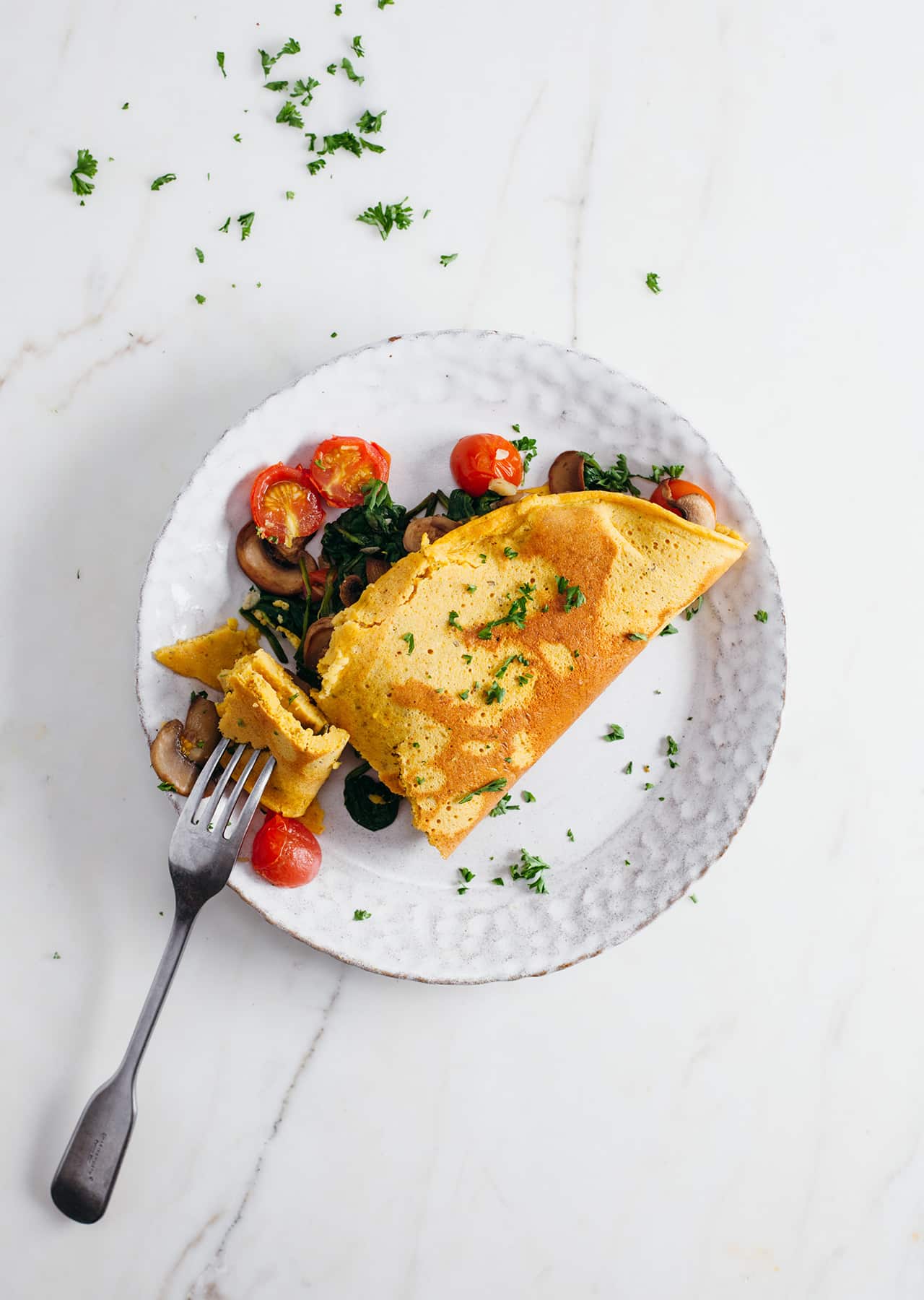 Our new Vegan Omelette. What a time to be alive 🙌

Looking for tasty vegan recipes? Check out our cookbook So Vegan In 5: sovegan.co/cookbook