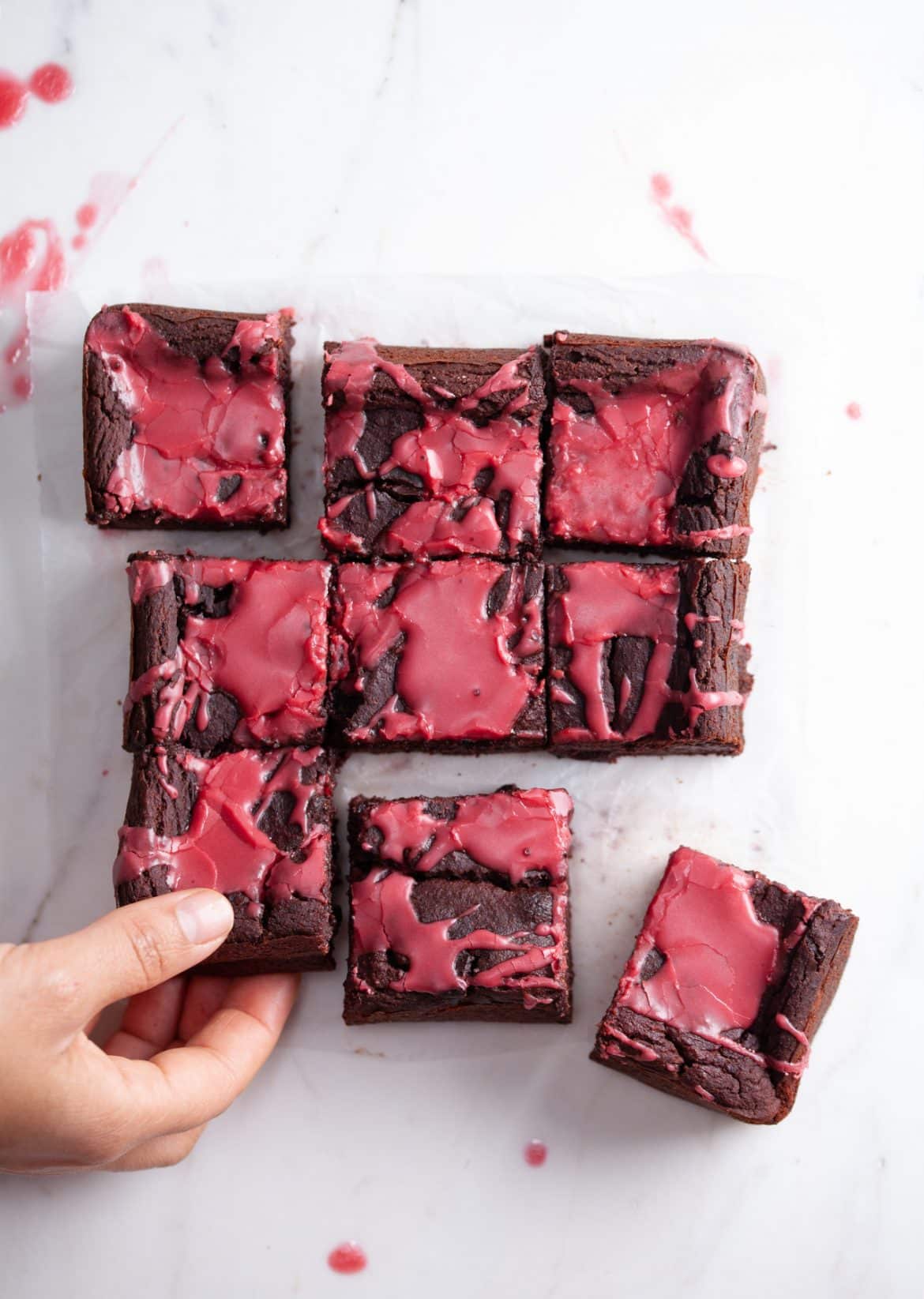 We’ve probably all been there.

Stuffing our faces with brownie after brownie, just wishing that they could be healthy.

Well things are about to change. Let us introduce you to our beetroot brownies.

This epic treat uses less fat and sugar than traditional brownies, and the pureed beetroot helps to create the ultimate gooey texture

Trust us and give them a go. 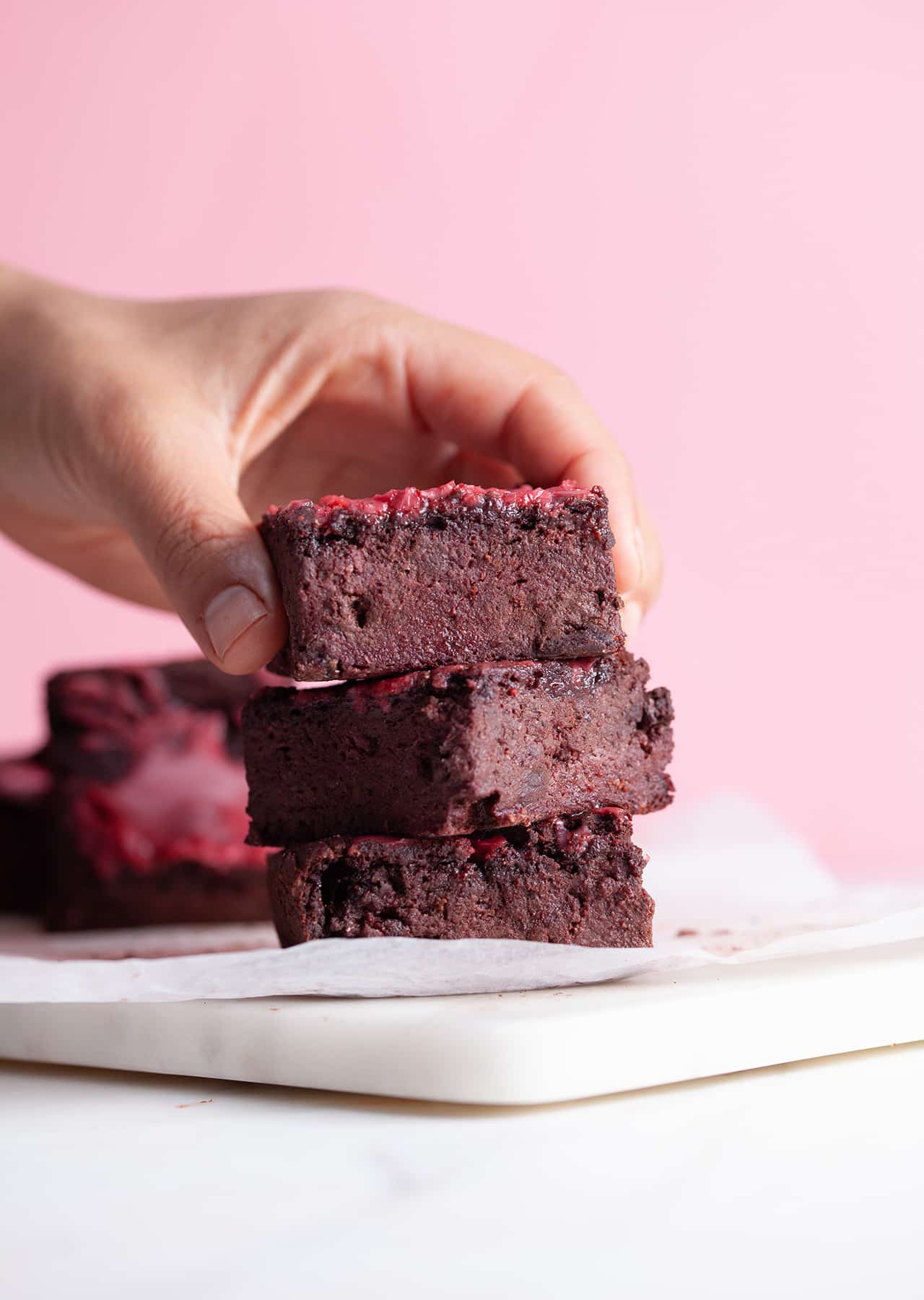 Oh, and don’t forget, if you love this, then you’ll totally love our debut 5-ingredient cookbook So Vegan in 5, which is available to buy right now. 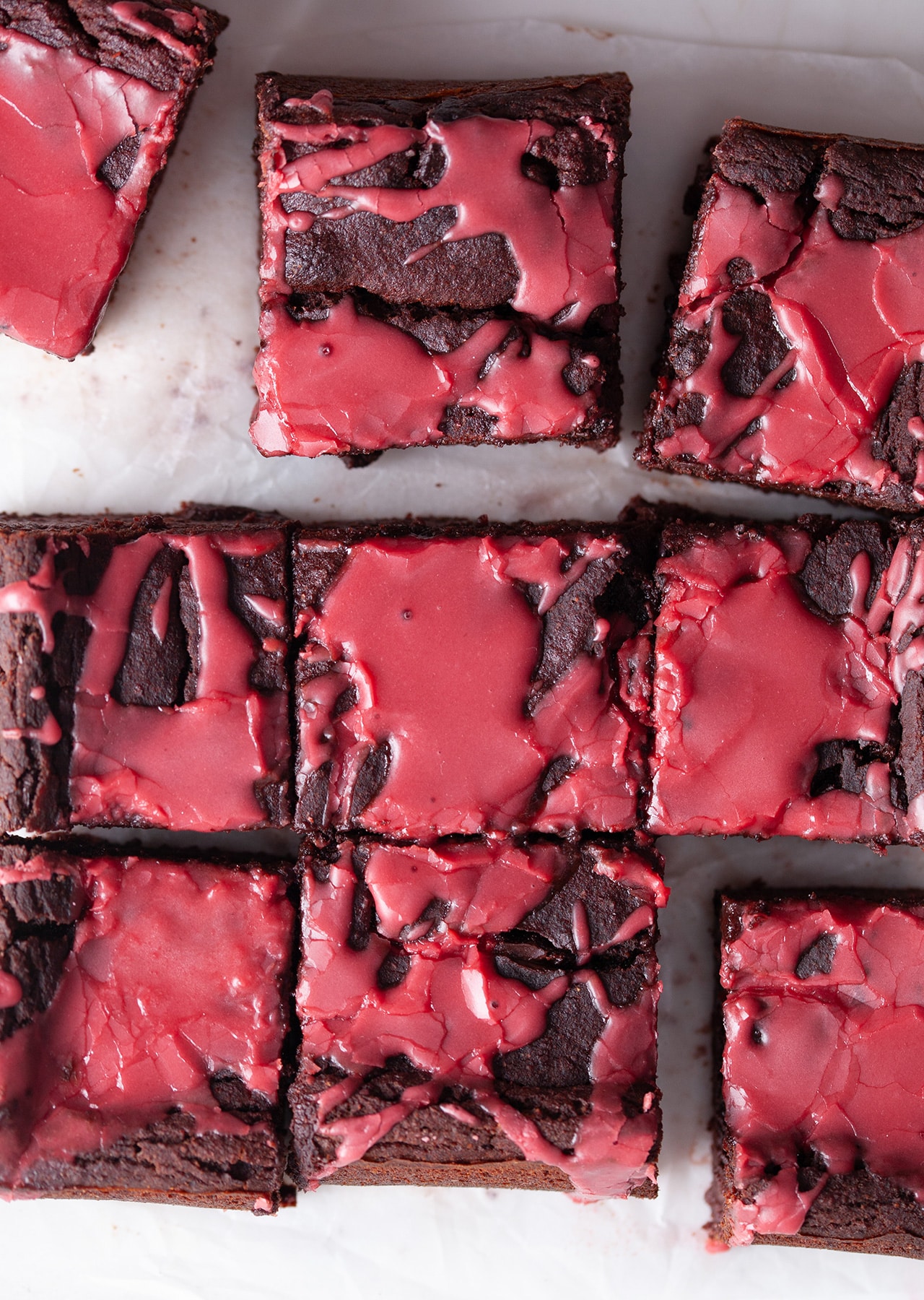 Roxy, So Vegan We’ve probably all been there. Stuffing our faces with brownie after brownie, just wishing that they could be healthy. Well things are… Print This
Serves: 9 brownies Prep Time: 10 minutes Cooking Time: 90 minutes
Nutrition facts: 200 calories 20 grams fat
Rating: 5.0/5 ( 1 voted )

Looks amazing! Could you please provide the nutritional information?

Thanks Hugh! Sorry we didn’t get around to adding the nutritional information but when we find time, we’ll go through all of our recipes and add a table. We’ll try to get this done asap!

What flour would you recommend if making these gluten free?

Hey Keri! We haven’t tried baking these using gluten-free flour, but it’s certainly worth a go. We usually find the trick is combining a few gluten-free flours, i.e. almond flour with oat flour, then maybe some gluten-free plain flour from Doves Farm. Hope that helps!

Would this work with shop brought/ready to eat beat roots? Thanks in advance.

So many vegan food is really unhealthy but looks amazing. Can you please provide nutritional information? So, that people can make informed choices. Thanks

Not good. I’ve tried several recipes from this website & they were delicious. This is the first one I would avoid making. The texture is like a cooked pudding? I used gluten-free flour but otherwise followed the recipe exactly. The taste is very…It’s not unpleasant but it’s not pleasant. I could definitely taste the beetroot. My guests gave it 5/10 on average, one person gave it a 2/10.

Amazing brownies! I followed this using precooked shrink-wrapped beetroot and gluten free plain flower. The brownies are quite possibly the best I’ve ever had, all gooey and chocolatey in the middle. Delicious!

Tried to make them today followed recipe exactly turned out awful. Far too beetroot flavoured and way too moist. I think the issue is that ‘medium’ is open to interpretation would have been easier if you said how many grams of puree you used then I could have frozen what was left over for later use.