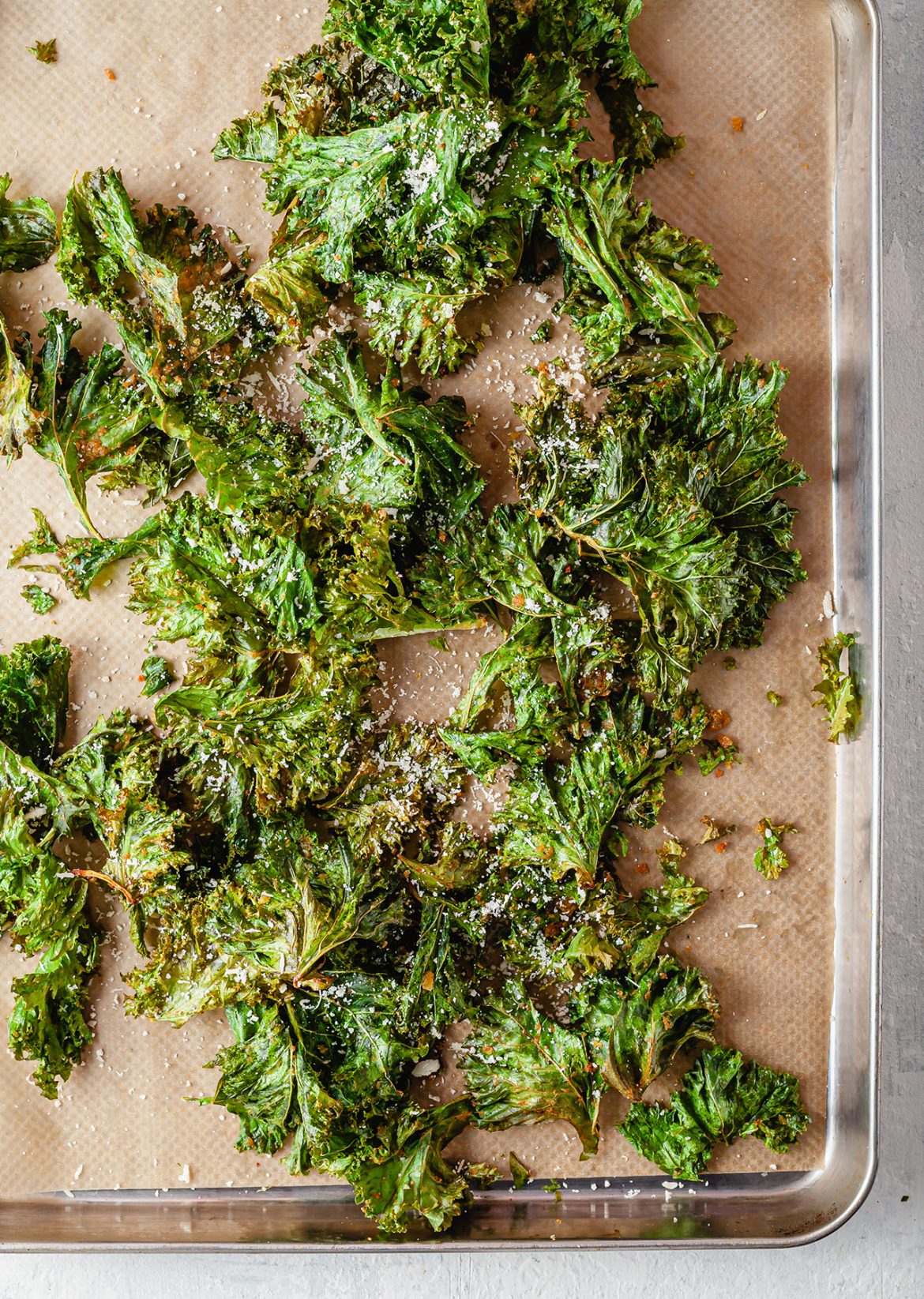 Ben, So Vegan We're obsessed with munching on a cheeky bag of crisps so this a yummy and healthy version that we can whip up at home in no time at all. Print This
Serves: 4 people Prep Time: 10 minutes Cooking Time: 20-25 minutes
Nutrition facts: 200 calories 20 grams fat
Rating: 5.0/5 ( 1 voted )

Made these kale chips the day after I saw the recipe on Instagram. I couldn’t believe how delicious they turned out, and so easy to prepare! Light, crispy, cheesy…I think next time I’ll use less nutritional yeast though, because the flavor was a little strong for my taste; however, it may have been because I used one bunch of kale and I don’t know whether that was enough for all the paste.

Thanks Marcie! Nutritional yeast can be quite a strong flavour so it definitely makes sense to adjust according to how you like it. Glad you enjoyed the recipe 🙂