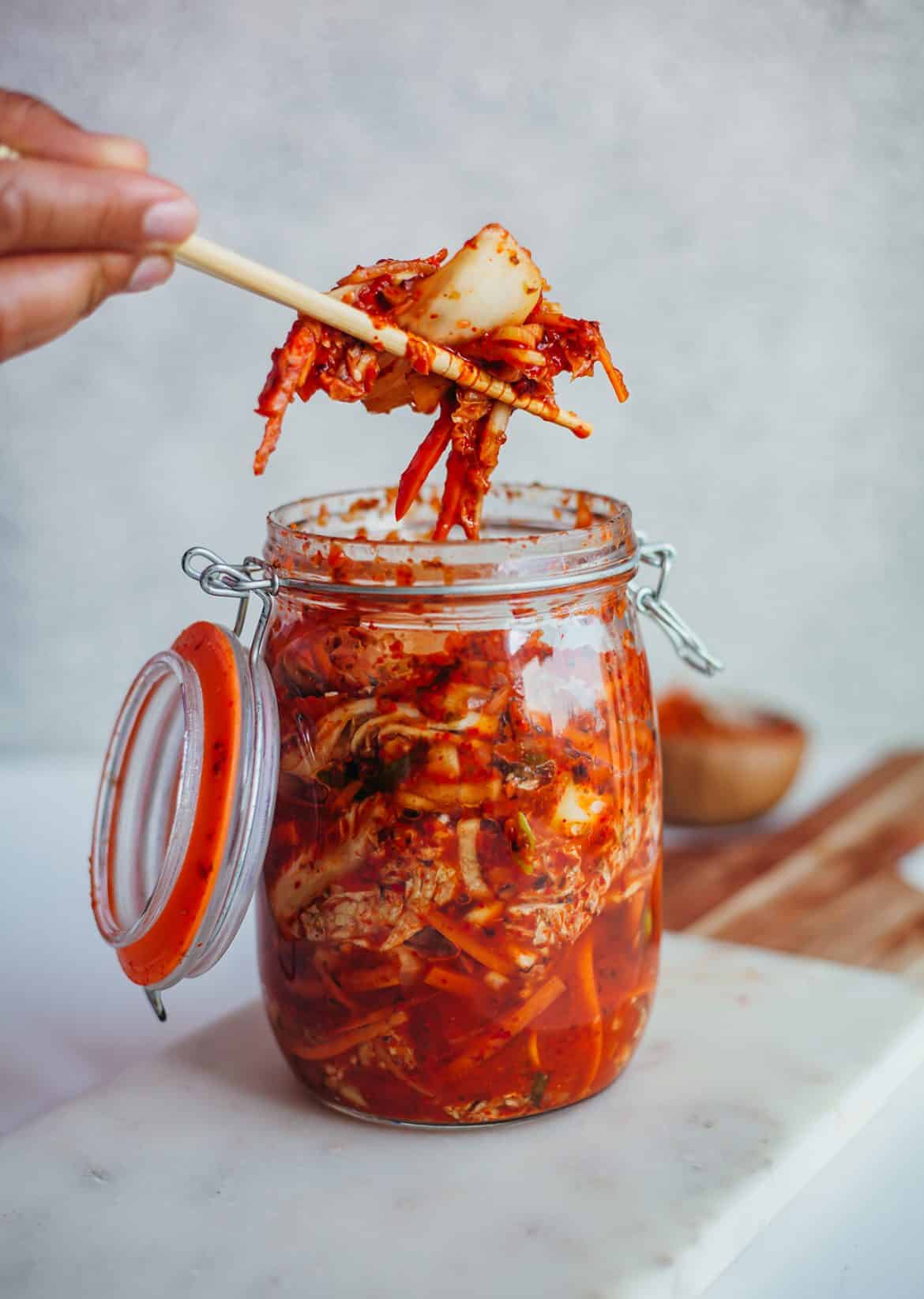 Kimchi is a staple in Korean cooking.

It’s essentially fermented vegetables, most commonly cabbage, carrot and radish, which are mixed with a spicy paste.

Traditionally made using shrimp or fish paste, we instead use soy sauce and nori for a similar salty taste of the sea.

Apart from the above, we try to stick to the traditional method as much as possible.

Here’s what you need to know about the fermentation.

There are various ways you can sterilise a jar.

If you’re using mason jars like ours, make sure you remove the rubber sealant and boil it separately in water for 2-3 minutes.

Alternatively you could wash the jars in a dishwasher on the hottest setting.

It’s also important to thoroughly clean any equipment (mixing bowls, knives and chopping boards) before use to make everything as sterile as possible.

Here’s what else you need to know:

How To Make Vegan Kimchi 🌶 Did you know we also have a new cookbook? ONE POT VEGAN is out now 👉 sovegan.co/opva 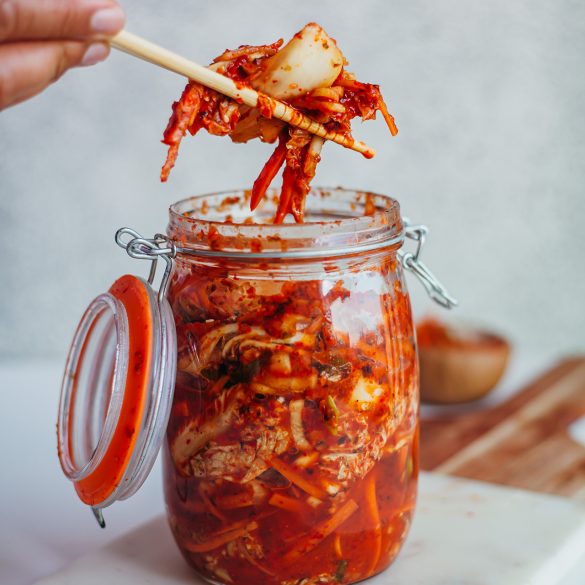 You will also need: